Born to parents who had recently emigrated from Mexico (his father had been born in El Paso, Texas, but his family returned to Mexico under social pressure during the Depression), Arturo Urista grew up in the City Terrace area of East Los Angeles. Although neither of his parents had been able to complete their education, they ensured that all their children would finish their Catholic schooling. Arturo went to study architectural drafting at Don Bosco Technical Institute in Rosemead, receiving his A.A. Degree in 1980, and then worked professionally as a draftsman for five years. That experience, he felt, “sharpened my artistic skills drastically.” A subsequent art gallery job led him to a meeting with Sister Karen Boccalero and to Self Help Graphics, where he mounted a solo exhibition in 1988 After this introduction, Urista became a gallery director at Galeria Otra Vez for six years, organizing exhibitions and festivals and creating a database for the gallery’s mailing list. He continued his education at California State University, Los Angeles, earning a B.A. Art Design and Sociology in 1987, an M.A. in Sociology in 1995, and a multiple-subject credential in 1999. Throughout this time he continued both his production of artwork and his community involvement. 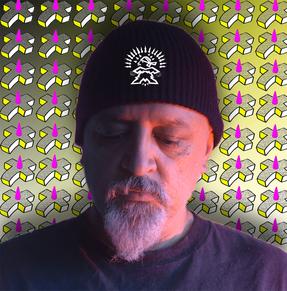